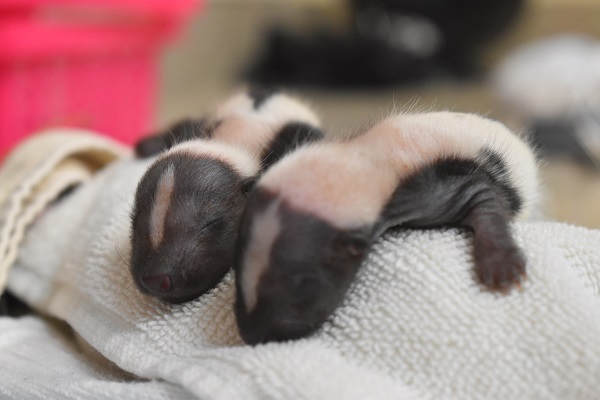 Instantly recognizable, striped skunks are known for their signature coloration and for their ability to emit a strong and pungent odor when upset. This species is larger and more common in Southwest Florida than the spotted skunk. They prefer grassy fields, while spotted skunks try to avoid open areas. Did you know the average lifespan of striped skunks in the wild is 7 years but they can live up to 10 years in human care!

On September 2, two newborn striped skunk siblings (#21-474 & 21-4745) were admitted after being found outside of their burrow in Cape Coral. Finders reported not seeing the mother for over two days. Upon examination, the skunks were dehydrated and thin. Veterinarians suspect they were orphaned. The two baby skunks will remain in CROW’s care until they are old enough to be released! 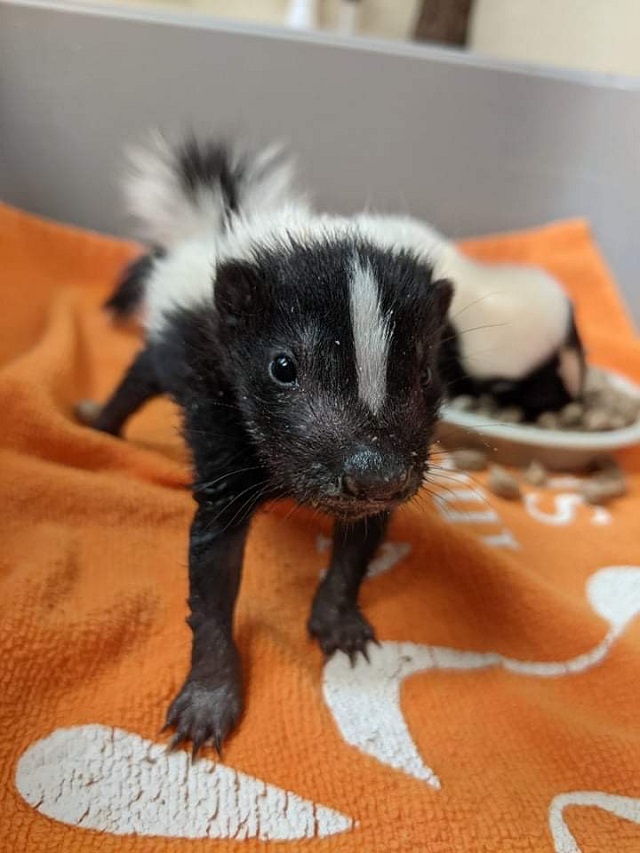 The two infant striped skunk siblings are beginning to learn how to eat on their own, its a messy process but they are starting to build on survival skills that they will need out in the wild. Also the little girl (#21-4744) and boy (#21-4745) have just opened their eyes! 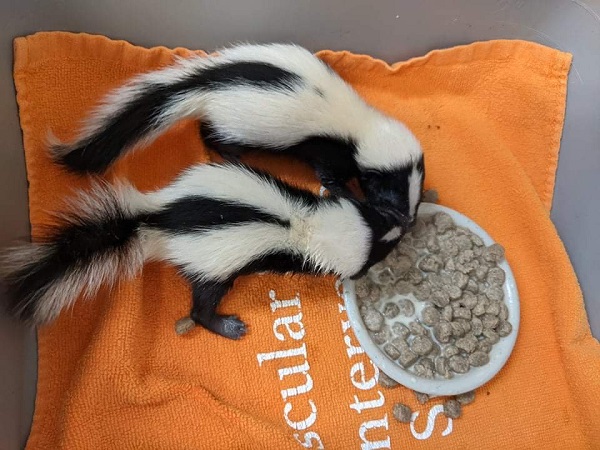 The striped skunk siblings have started mashed school! Mashed school involves feeding babies a mixture of milk and solid food or "mash" so that they can be weaned off formula and start eating on their own. The little skunks are doing well and have about a month before they will be moved to an outdoor enclosure! 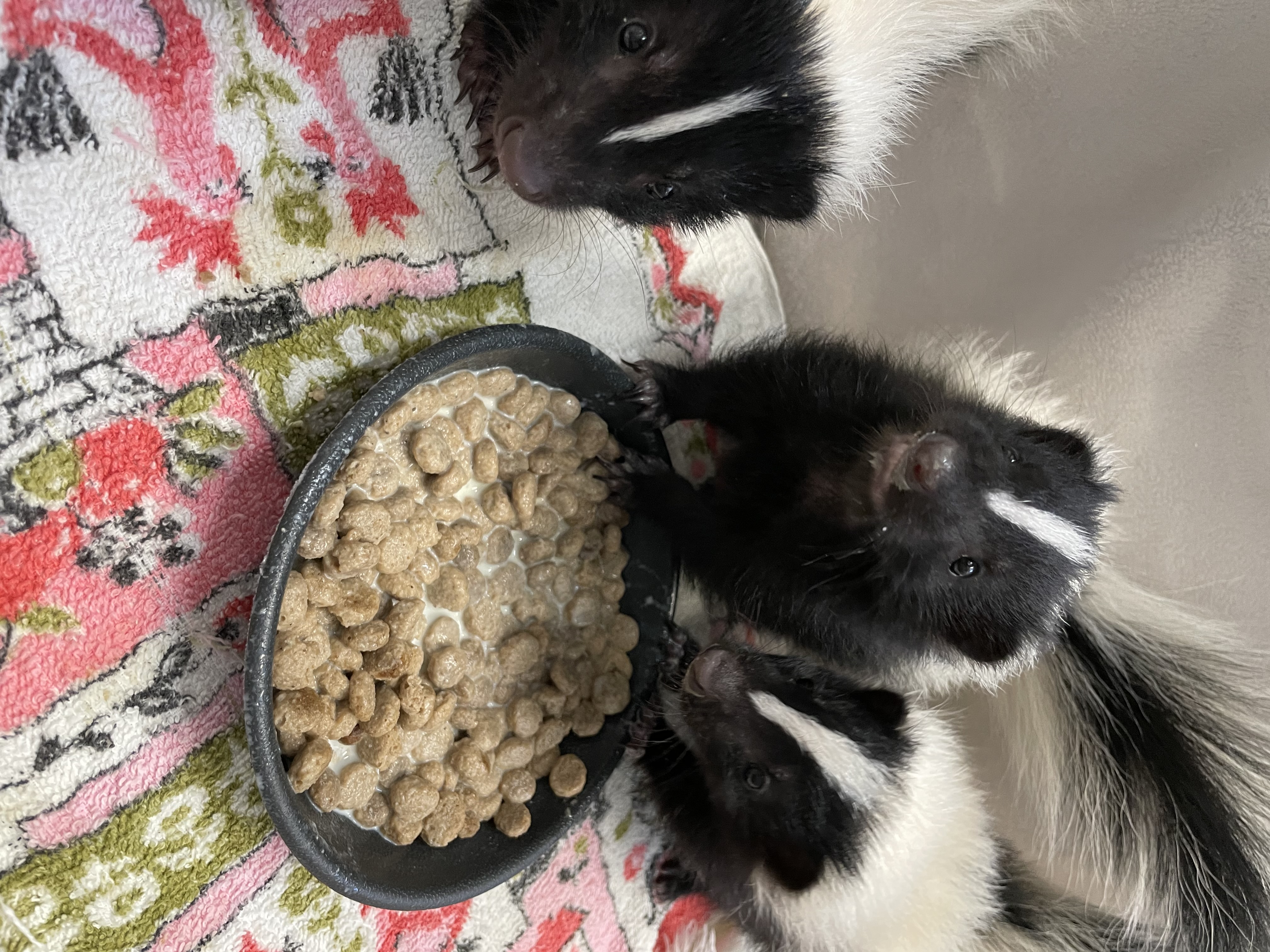 Earlier this week, an infant orphaned female striped skunk (#21-5231) was transferred from Peace River Wildlife Center to join the skunklings! Rehabbers reported that it took a couple of sprays and some time to get comfortable with each other, but they are happily cohabitating now!