Songbirds are on the Move! 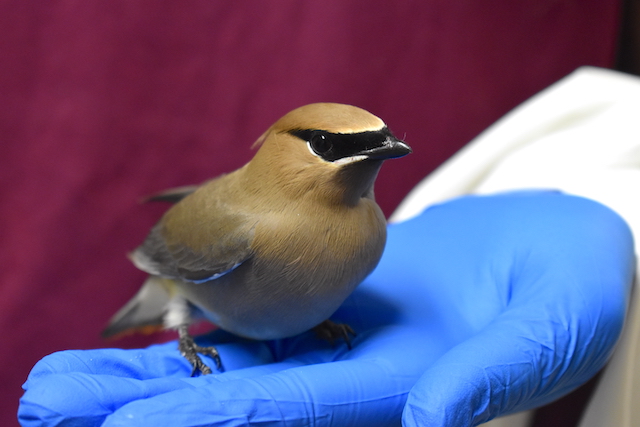 It’s spring season, that time of year when many animals are on the move, whether it be in route to their summer homes or to find a mate. During this time, the Clinic for the Rehabilitation of Wildlife (CROW) sees an influx of small songbird patients as they pass through the area during their migration to the north.

There are four major flyways, or migratory pathways, in North America -- the Atlantic, the Mississippi, the Central, and the Pacific. Southwest Florida is located along the Atlantic flyway, which is a hotspot for many different species including swallows, tanagers, vireos, warblers, and thrushes.

Birds migrate for many reasons, including following food sources, changing weather patterns, and traveling to nesting sites. About half of North America’s bird species migrate every year in the fall and again in the spring, some of them completing round-trips that are thousands of miles long and may even cross continents. That’s a big journey for such small birds!

Traveling such long distances is a test of physical endurance, and there are many risks that these birds may encounter during migration. Often, this journey requires them to stop at certain land points to build up strength before traveling across large bodies of water to another continent. When weak from travel, these birds are more susceptible to being attacked by predators. Weather conditions such as tropical storms may blow birds off course, resulting in them being in an unfamiliar area often with limited access to their normal food sources. 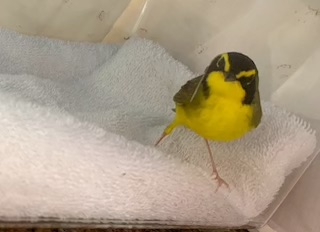 There are risks associated with being in areas of dense human populations too. For example, cities have a high amount of light pollution which can result in birds becoming disoriented and losing track of their intended migration pathway. Man-made obstacles also prevent a challenge for birds. One study shows that up to one billion birds die each year in the United States when they hit glass windows, walls, and other structures, making this threat one of the costliest to bird populations.

Trauma associated with window strike events, both car windows and buildings is one of the most common reasons for songbird admissions at CROW. Birds do not recognize the glass window as a barrier, since it reflects the sky around it, and inadvertently fly into it.

Sometimes, window strikes result in a “temporary stunning”, where the bird has the equivalent of a concussion and seems depressed and unable to stand or fly. Within a couple hours, the bird becomes more alert, and recovers to the point where it can fly off again. In other cases, the trauma may be more severe and result in seizures, or spinal trauma that results in paralysis. 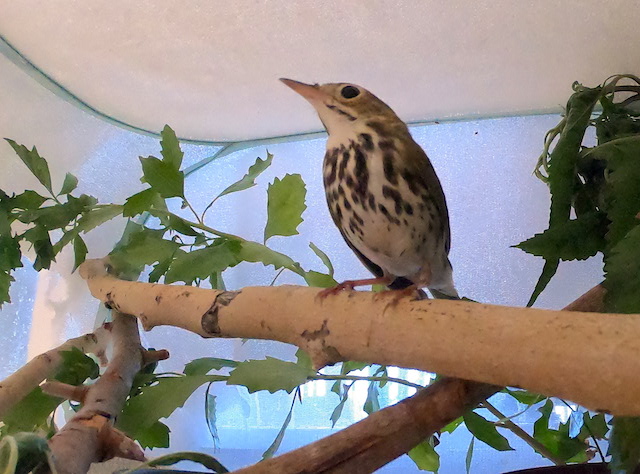 There are simple ways you can help prevent or reduce window strikes from occurring in the first place. Special decals or tape in the form of a 4” x 2” grid pattern can help to increase the window’s visibility to the bird. There are even one-way transparent films available so that the outside of the window appears opaque, but it does not affect visibility from the inside. A single decal in the center of the window is often not an effective deterrent.

If a bird does collide with your window or home, it is best to seek help from a licensed wildlife rehabilitator such as CROW. Gently place the bird in a small cardboard box with small holes for ventilation, and place it in a quiet, dark place protected from pets and predators. Then, contact CROW at (239) 472-3644 ext. #222, or your local wildlife rehabilitator, to arrange transport for the bird to receive assessment and appropriate medical care.

Small steps can make a big difference in protecting migratory songbird species. For more ways to make your home bird-friendly, check out the American Bird Conservancy website at www.abcbirds.org.