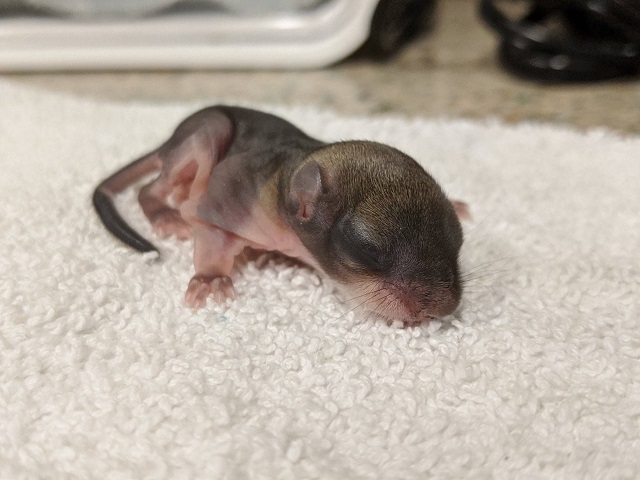 Southern flying squirrels (Glaucomys volans) are nocturnal animals that prefer to stay high in the trees and can glide up to 250 feet due to a special “parachute” flap between its wrist and ankles.

At CROW, a neonate male southern flying squirrel, at an estimated week old, was admitted from Fort Myers after it reportedly fell from its nest and was orphaned. The young squirrel, weighing just 10 grams, appeared to be in good health with no significant findings upon examination.

“Based on how this flying squirrel (was) presented to the clinic, it should have been left alone for a few hours to see if the mom would come back for it,” said CROW Rehabilitation Manager Breanna Frankel.

“He is a healthy little boy who had been very well taken care of by his mom and likely just ended up on the ground from a big gust of wind or a storm. A week old may seem very young, but this species reaches adult size around 10 to 12 weeks old.”

Due to its age and weight, the patient will not be released until it is more independent.

“At this point, we will not be reuniting this infant with its mom, and it will continue to be in care at CROW until it reaches release size. From this size, it will take six to eight weeks to grow up, learn to forage for food, learn to use natural hide homes – trees, branches, etc. – and fend for himself,” said Frankel. “They are old enough to do this on their own at about eight weeks old, and he will be released into a group of flying squirrels since they live in colonies.” 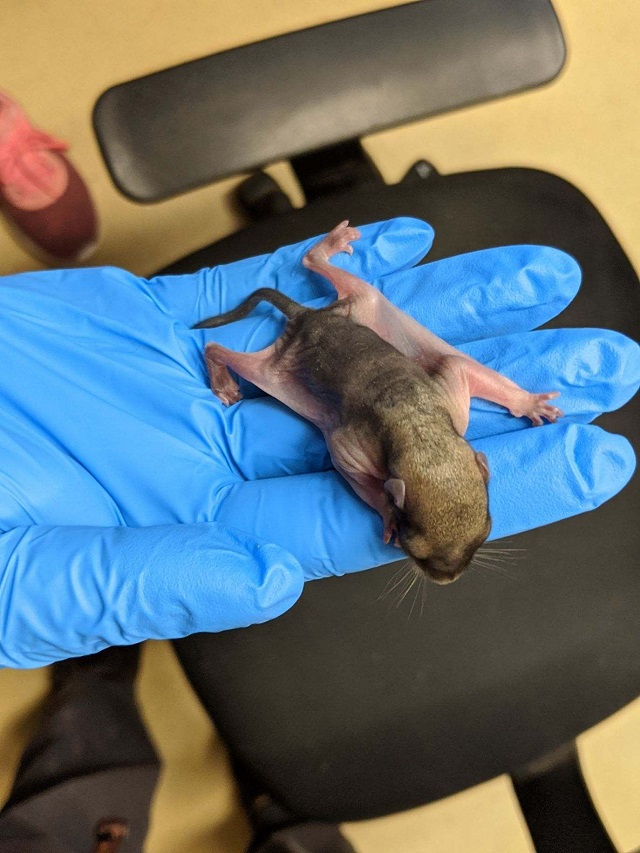 In the meantime, CROW rehabilitation staff will provide supportive care and a proper feeding plan until the patient is old enough to be released. It is currently being fed a milk supplement every two hours throughout the day.

“We use an animal milk supplement that is designed specifically for wildlife. It comes in a powder form, and we mix it with water to create the milk formula – similar to making baby formula,” said Frankel. “It has a certain ratio of proteins, fats and carbohydrates that benefits wildlife and supports their metabolic/ nutritional needs. It smells like a vanilla milkshake but I’m sure it doesn’t taste like one.”

As the patient ages, solid food will be introduced.

“The feeding schedule will change around two weeks old or when the squirrel hits 14 grams. At this point, the number of feeds will drop from seven to eight times a day to five to six times a day. His eyes will begin to open around four to five weeks old and the lower incisors will begin to emerge,” said Frankel. “Once that happens, we will start to introduce a mash diet with milk to get him eating on his own. We will start more solids around the five week mark when the upper incisors are grown in.”

The young squirrel is receiving great care… like all animals that come to CROW.

“He is doing well, eating seven to eight times a day, which we have spread out every three hours to provide more calorie coverage during the day/night. He is beginning to suckle a little better but has a long road ahead of him,” said Frankel. “If treatment and care go according to plan, he should be ready for release in six to seven weeks or so.”