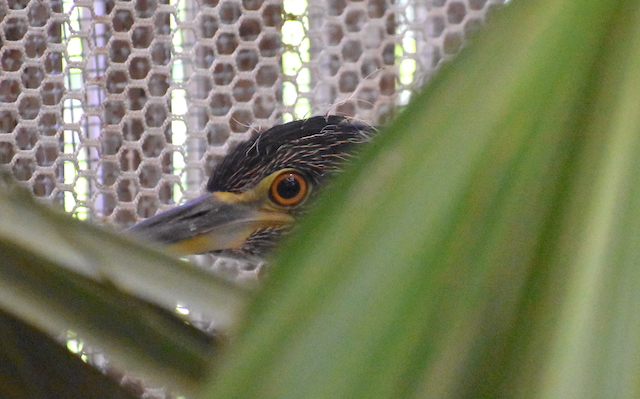 Many finders believe they are doing the right thing when they see birds and animals on the ground, scoop them up and admit them to rehabilitation clinics. At times, they are making the right call but, in many other instances, a phone call may be the best first step to ensure that the future patient is really a patient.

“As with all wildlife that may be injured, ill, or orphaned, it’s important to call us first to describe the situation,” said CROW Rehabilitation Manager Breanna Frankel. “By doing so, it will prevent many animals from being abducted unnecessarily from their habitat. By describing what the finder sees and even sending us photographs, we can determine the health status of an animal and determine if it needs to come in.”

At CROW, a nestling black-crowned night heron (Nycticorax nycticorax) was admitted from Sanibel after it fell from its nest onto a parking lot. Upon examination at intake, the veterinary team did not find any significant injuries, but noted that the bird was severely dehydrated. It was started on subcutaneous fluids over the next few days to help it rehydrate. 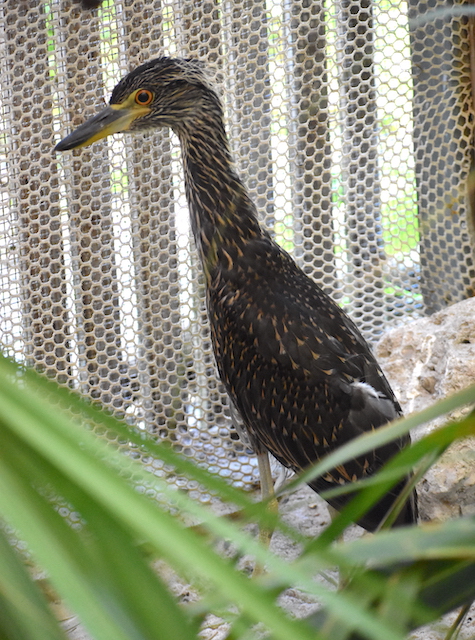 “It wasn’t necessarily injured, but it wasn’t healthy either,” said Frankel. “While we didn’t find any physical injuries, this heron was quiet, thin and severely dehydrated by the time it got to us. It struggled with GI (gastrointestinal) upset within the first few days of being here, so it was the right call to bring it to the clinic when they did.”

Veterinarians were concerned that the heron may have suffered trauma from the fall that was not apparent at intake, so it was closely monitored over the next few days for any signs to develop. The bird was also started on a re-feeding plan that consisted of seven feeds a day.

Radiographs were taken on July 5 that did not show any significant injuries.

“There was no obvious trauma noted, but the patient’s mental status was unusually quiet for a bird that age. It laid down more than it should, didn’t vocalize very much and struggled to keep food down the first few days due to GI upset,” said Frankel. “When patients come in thin or emaciated, we can’t offer them whole food or big meals right away because their GI tract may not be working appropriately. Re-feeding syndrome is basically a shift in the fluids and nutrients coming into the body after periods of undernourishment. Offering large amounts of food initially can be fatal to the patient. To prevent this, we start them with small, frequent feeds which kick starts the GI and will safely wean them back onto food.”

As the heron began to gain weight, it started to eat small fish and was transitioned to eating on its own without the help of the rehab team. As it continued to grow, it was moved to an outdoor enclosure where it has remained active while the rehab team attempted to find a friend for the bird at another rehab center.

“We have been looking for a friend for this heron for a few weeks now, unsuccessfully, because they can habituate very easily to humans. For a successful release, animals can’t be habituated or it decreases their chance of survival. By being with another heron friend, they are much less likely to habituate and they are much more calm,” said Frankel. “Even if we don’t find a friend, this one should be able to be raised and released on its own because there are no habituation issues. Once this heron can successfully hunt on its own, it will be released back to the wild in an area with easy food sources to start. This will likely happen in the next few weeks once we see success with eating live prey such as small fish, mollusks and crustaceans.”