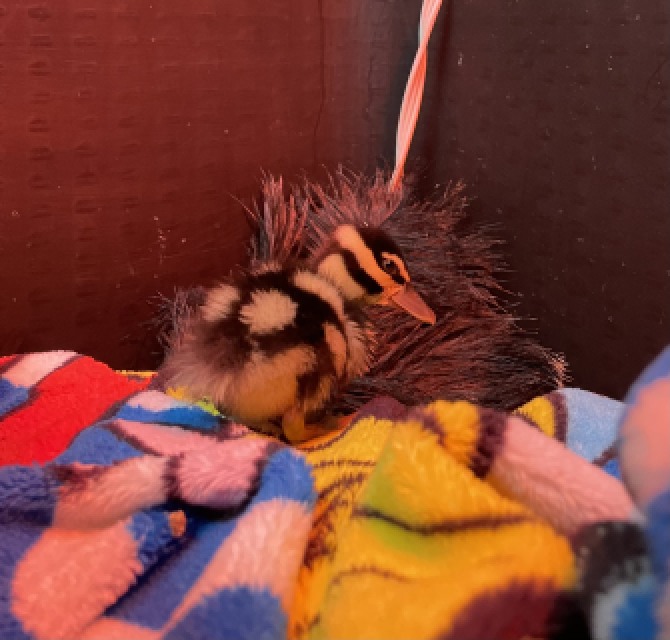 The blackbellied whistling duck (Dendrocygna autumnalis) is a sight to see with its reddish-pink bill, long neck, long pink legs and patchwork of colors that includes a grayish head and neck with a chestnut brown mohawk and chest area, white striping in its wings and black belly. It resembles a smaller goose.
These waterfowl often feed at night and engage in their high-pitched whistling when traveling from feeding fields to roosting sites. While they generally were found in Central and South America to northern Argentina, they moved into the southern U.S. (mostly south Texas) in recent decades to winter in adopted human-altered habitats. Now, they can be found year-round in Florida.
Black-bellied whistling ducks are so named because they are known to have a whistle for their call. In fact, they are referred to as “boisterous” due to their sociable, noisy personalities. They like to feed in agricultural lands in close proximity to water, rice fields and shallow wetlands with exposed mud flats. They were formerly called tree ducks due to their ability to actually perch or nest in trees.
At CROW, a nestling black-bellied whistling duck was admitted after being found turned over, face down on the ground. Upon initial examination, veterinarians found a small scabbed wound but no other abnormalities.
“The patient had likely just sustained some sort of trauma, resulting in it being found down with a wound on its wing,” said Dr. Robin Bast, CROW staff veterinarian. “Further examination revealed the tiny bones in the wing were actually broken but remained well-aligned.”
There were no findings as to how the patient wound up in its upside down condition.
“We don’t know what the underlying cause of the trauma was… it could have been a fall, or a predator attack, etc.,” Dr. Bast said.
The young patient rebounded quickly in the care of CROW’s medical staff.
“No surgery or bandaging was needed, this patient healed very quickly as it is a growing baby,” said Dr. Bast.
During its recovery, the duckling received supportive care, several feeds a day and tub time enrichment. It will continue to be raised according to protocol.
“This duckling was eating soaked starter duck chow – specifically formulated for growing ducklings – and greens,” said Dr. Bast. “The duckling spent a lot of time in the tub practicing swimming and diving skills, eating in the tub, and then cuddled up in its fake nest in its enclosure – a feather duster (was used) to simulate being huddled up with mom. It needs appropriate vitamin supplementation and nutrition, as well as regular weight checks to ensure it is growing appropriately.”
Due to its young age, the patient needs more care after full recovery and will spend some time with other ducks of the same species during its upbringing.
“We raise ducklings until they’re close to flying on their own, so they can easily evade predators,” said Dr. Bast. “This particular duckling was transferred this weekend to our neighboring Wildlife Center of Venice to be raised with other black-bellied whistling ducks its age and size. They are best raised in small groups.”