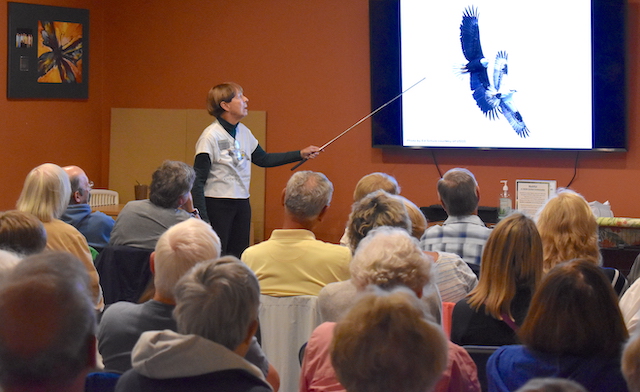 Join us for the 2020 Speaker Series

Click here to check out the brochure or scroll down for more information! 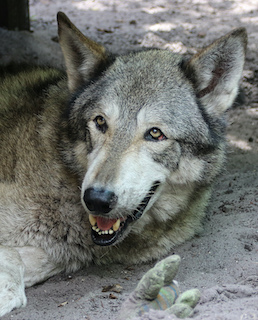 Theresa and her husband, Jay, moved from Pennsylvania to Bonita Springs. She discovered Shy Wolf Sanctuary about 10 years ago and began to learn about the animals through frequent visits. After some time, the founder, Nancy Smith, told Theresa she needed to start volunteering and she has never looked back! 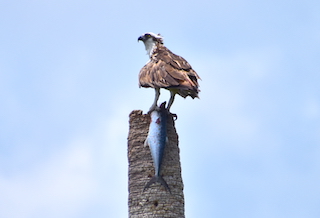 Ospreys are large brown and white raptors who breed in Southwest Florida from December through April and can be seen diving for live fish in shallow waters throughout the area. Because they build their nests right out in the open, their behavior is easy to observe, but not always easy to understand. This presentation uses photos, videos and recorded vocalizations to explain osprey behavior. 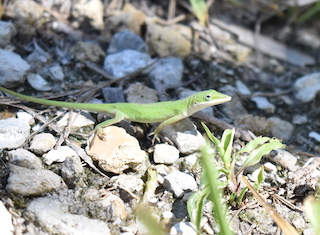 This lecture will focus on the lizard species, both native and nan-native, commonly found on Sanibel and Captiva Islands. It will also be explained why exotic lizards are more numerous than native species, their introduction methods as well as population control efforts.

Chris grew up with a passion for amphibians and reptiles which led him into a career in biology. Chris is the Director of the Wildlife & Habitat Management Program and staff herpetologist at the Sanibel-Captiva Conservation Foundation where he has worked for the last 14 years. His current research projects on the islands involve eastern indigo snakes (Drymarchon couperi), diamondback terrapins (Malaclemys terrapin), and Florida box turtles (Terrapene carolina bauri) in Pine Island Sound. Chris is also the coauthor of the book Amphibians and Reptiles of Sanibel & Captiva Islands: A Natural History. 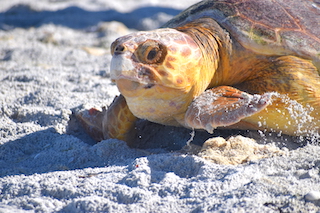 Sea turtle monitoring on Sanibel originated in the late 1950’s with Charles Lebuff and Caretta Research, Inc., making it one of the longest running monitoring programs in the country. This endeavor was transferred to the Sanibel Captiva Conservation Foundation (SCCF) in 1992, and their team of staff and volunteers now survey 18 miles of beach, from the Sanibel lighthouse to Blind Pass, every morning from April through October. This presentation will discuss the habits of Sanibel and Captiva’s populations of sea turtles, including SCCF’s current research efforts.

After receiving a Bachelor’s of Science from Virginia Tech in Biology, Kelly worked as a research technician in a Virginia Tech lab investigating how animals use the magnetic field to orient and navigate. She started working for the South Carolina Department of Natural Resources (SCDNR) Marine Turtle Conservation Program in 2007. While working at the SCDNR she completed her Master’s degree in Environmental Science and Policy. Kelly joined the SCCF team in December of 2013.